The shyest people always seem to be the freakiest people that have that secret and mysterious side of life that no one would ever suspect, or imagine. Paul is that person, a thirty-five-year-old, bi-sexual, very successful and reserved, Software Quality Assurance Engineer for the last eleven years. Paul was recently put on a ninety-day work performance probation for his surprisingly drop in his quality of work, as well as a change in his work ethic.

Paul had been losing sleep lately due to him experiencing very disturbing, vivid dreams for the past few weeks that had contributed to his disappointing work performance. Not being the one to sleep around, Paul might shock himself in that area after attending a recent invitation by James, his protective childhood best friend who is a heterosexual playboy.

Paul never imagined that a night of wild spontaneous sex would change his life for a long time to come when it came to his own confidence.  What will become of Paul’s dreams and why did they start in the first place? Where will they lead? Will Paul become the wild child that no one ever expected as new people enter the picture? 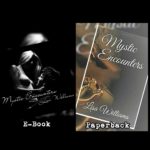